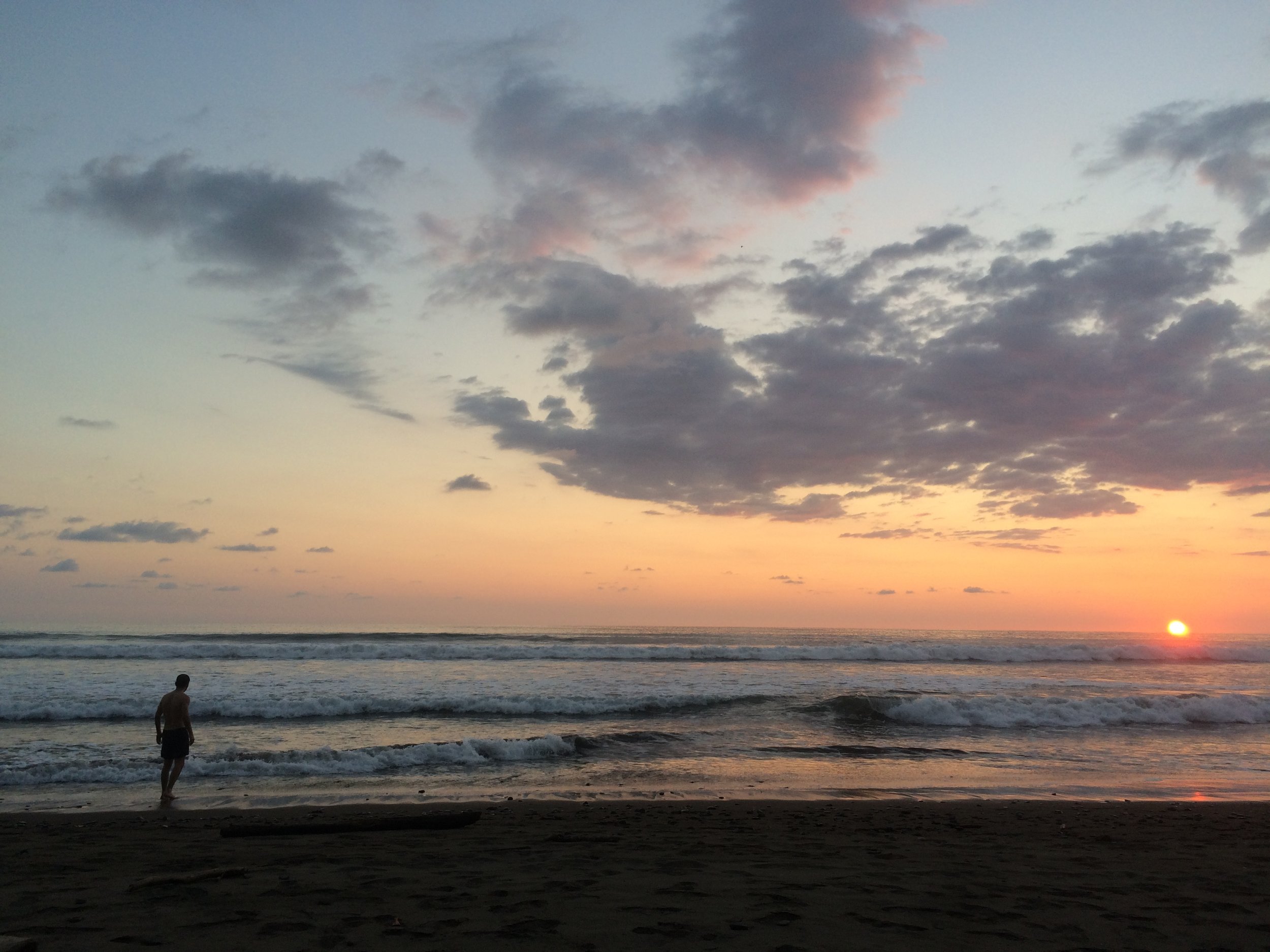 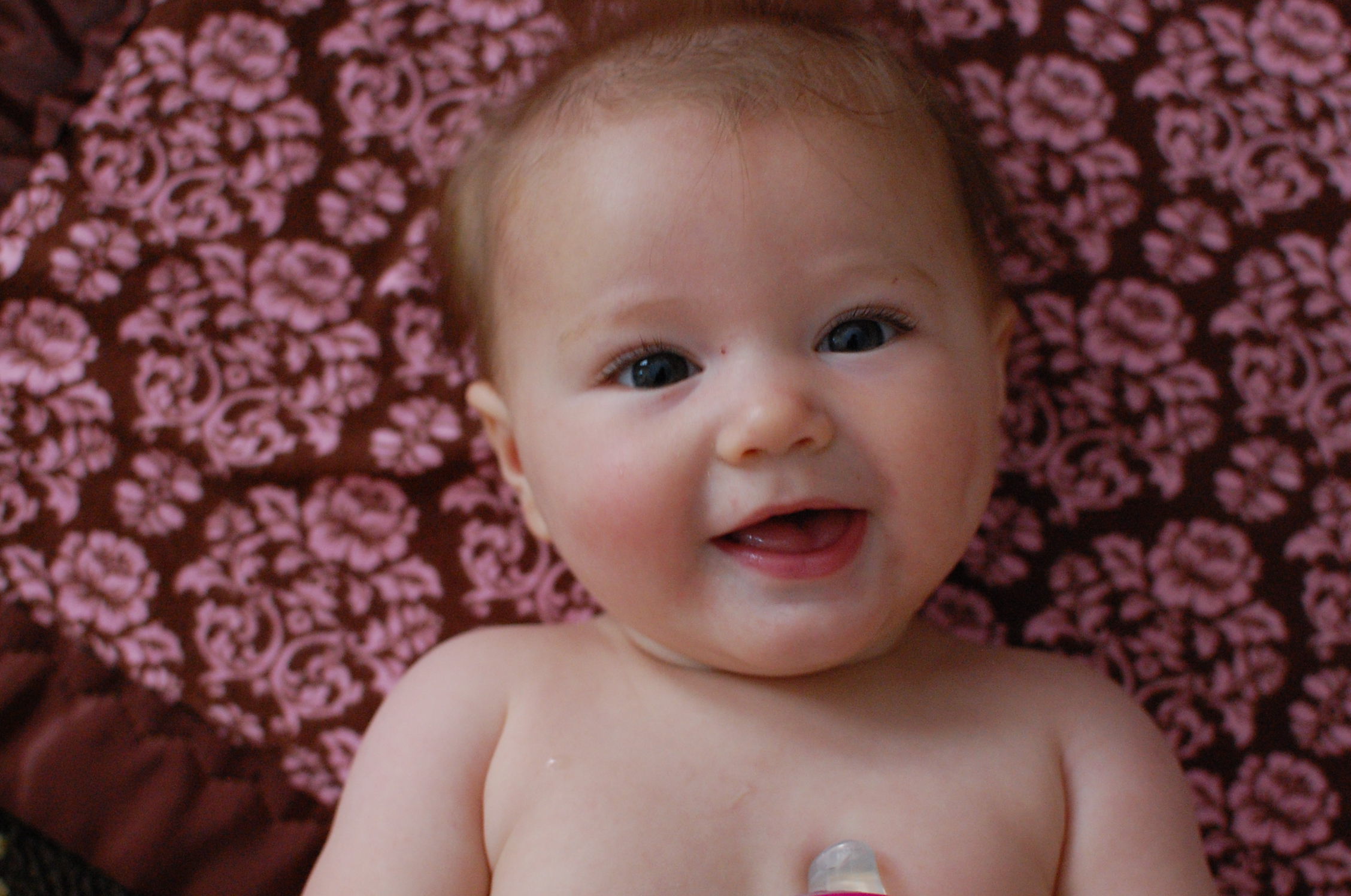 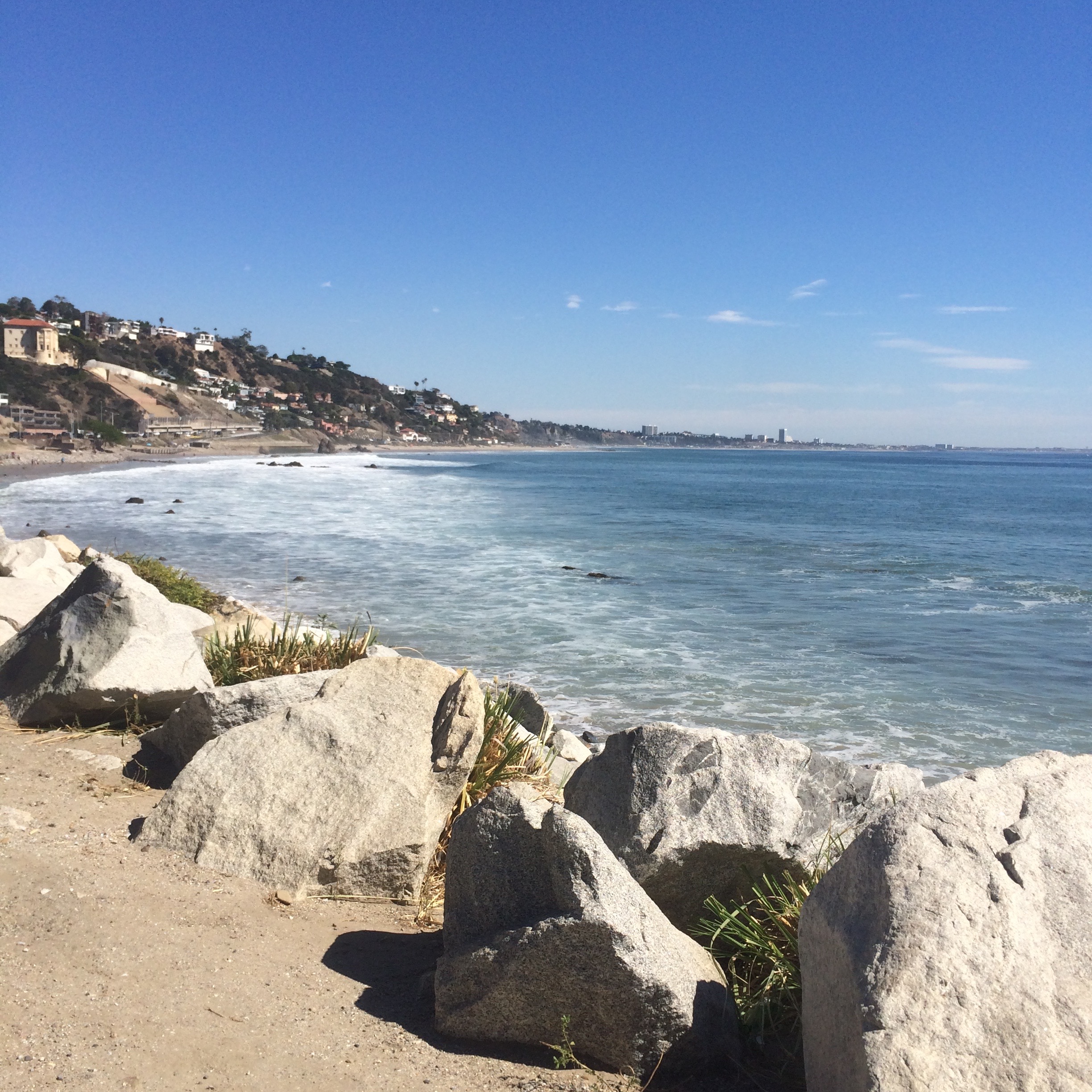 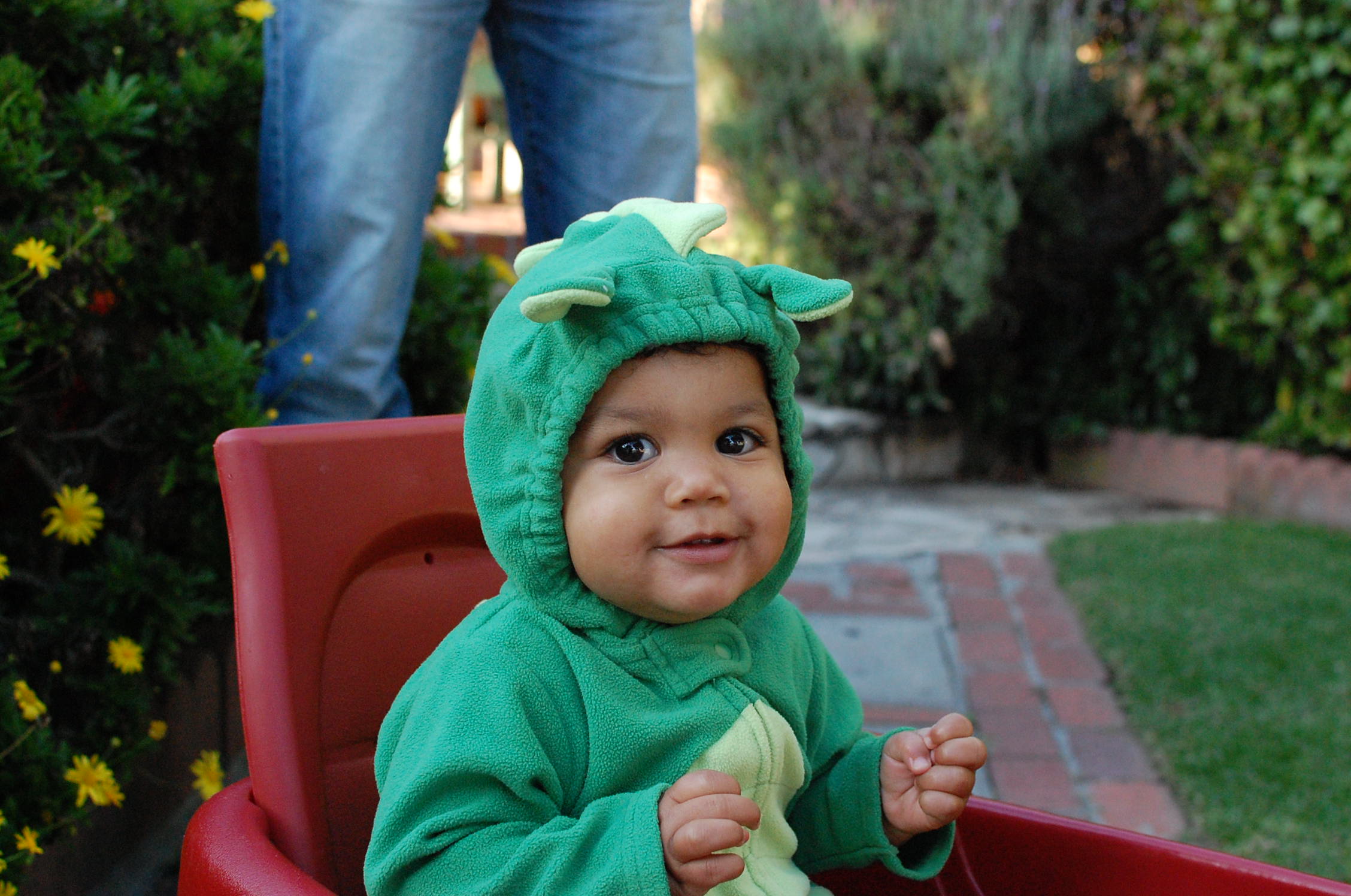 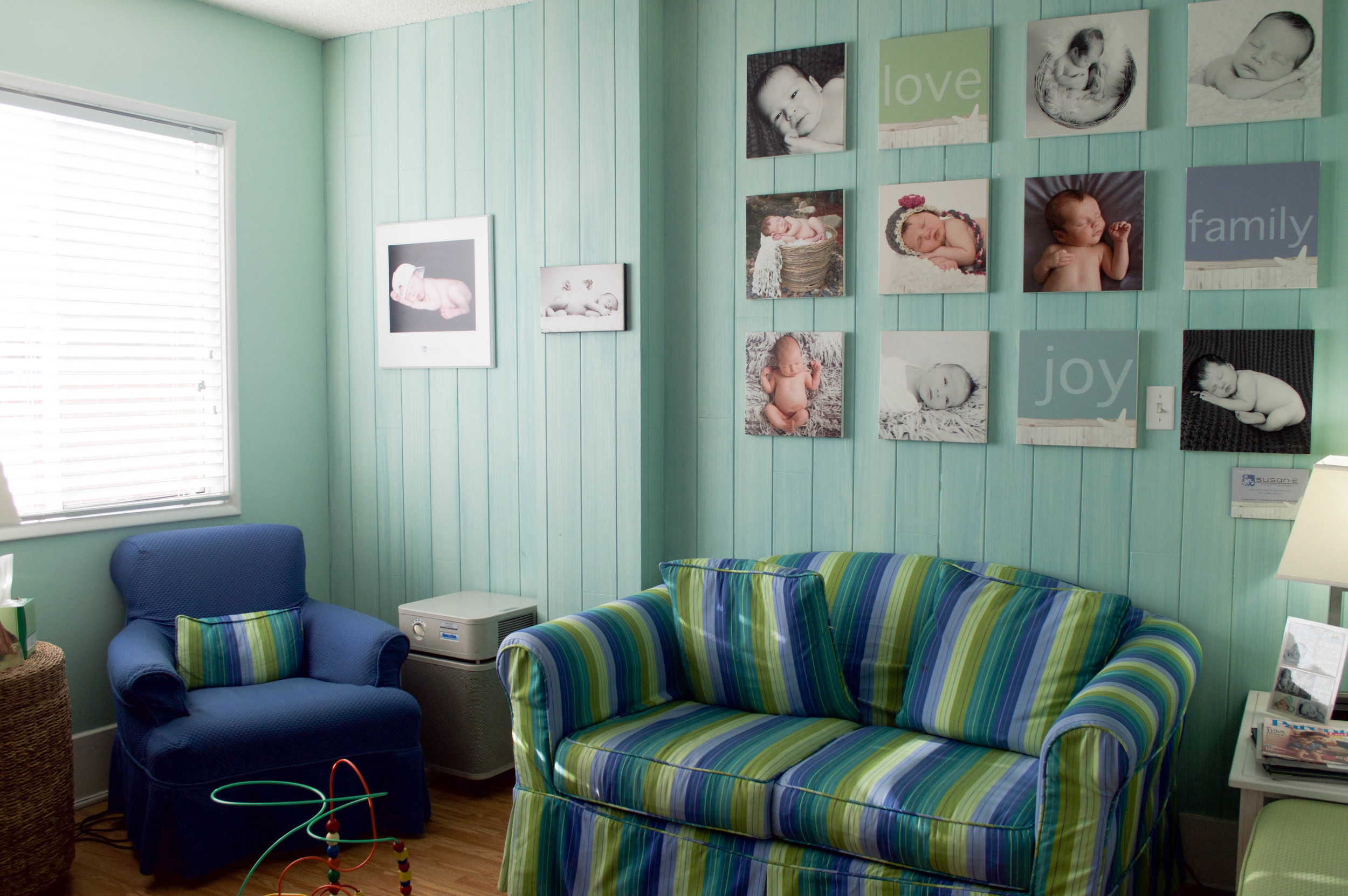 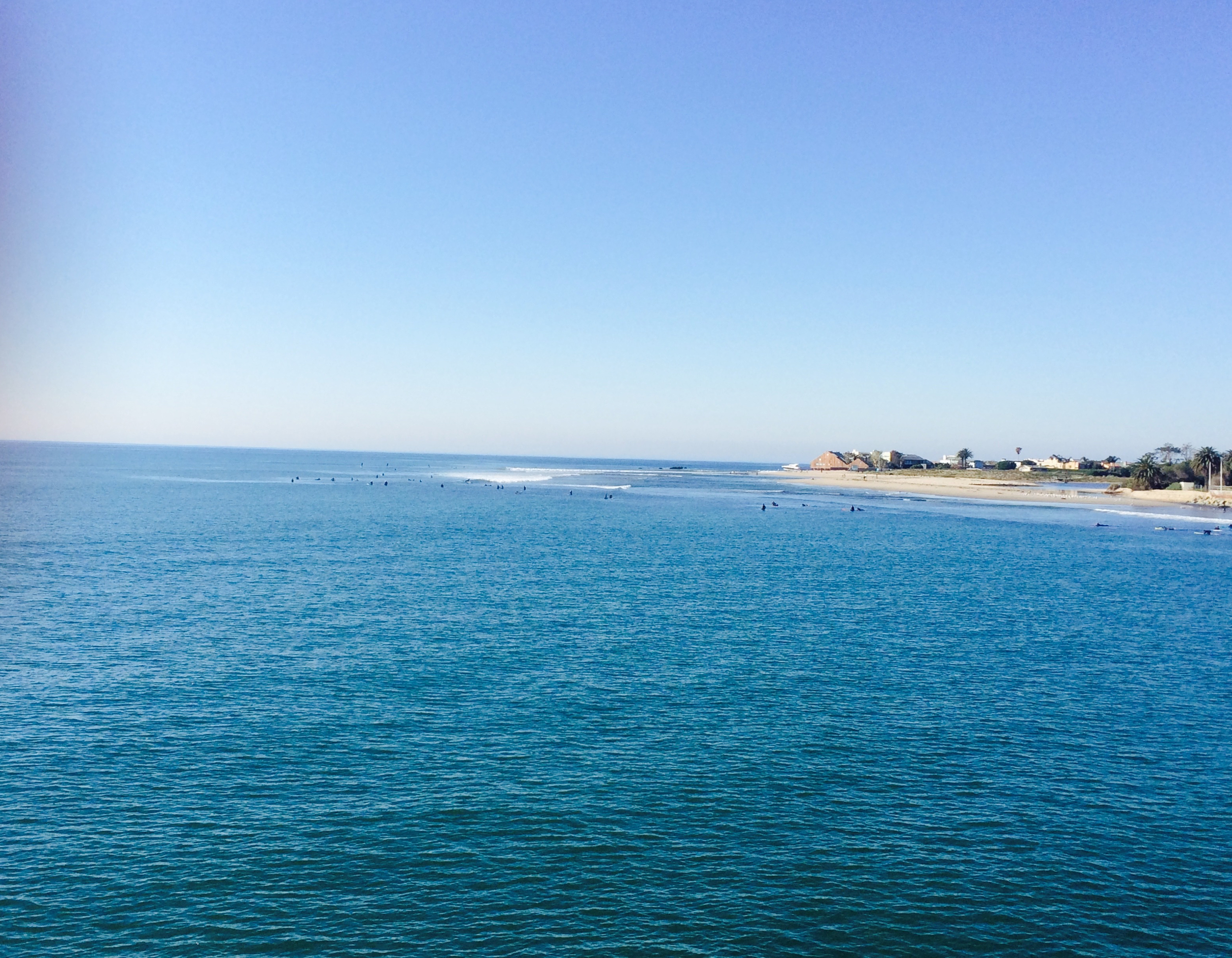 Our practice is committed to providing excellent medical care to our patients in a warm and caring environment. We are dedicated to the health and development of children from birth through early adulthood.  Our desire is to partner with you to raise healthy and well-balanced children.

A Commitment To Service And Teaching:

In addition to serving our patients, we believe it is important to serve children in need locally and abroad.  We are active participants in the following organizations:

For your Well Child visits, you may choose to see the same physician each time to maintain continuity and foster a closer relationship.  When your child is ill, we want him or her to be seen as soon as possible, and that may mean seeing the ‘covering’ doctor from our team.

We also have a wonderful team of nurses and support staff that is here to help you and your child.

Robert C. Hamilton, M.D., F.A.A.P.,. has been in practice in Santa Monica for the past 26 years. He earned his bachelor's degree in biochemistry from University of California, Davis and from there he came to UCLA for medical school and pediatric residency. He remained for an additional year and served as Chief Resident for one year before going into private practice in Santa Monica.

After 12 years of practice with Santa Monica Pediatric Group, Dr. Hamilton ventured off to form his own practice, Pacific Ocean Pediatrics, in the fall of 1996. He has hospital privileges at Providence-St. John's Health Center and UCLA-Santa Monica Medical Center. In addition to Dr. Hamilton's practice, he has also been active in overseas humanitarian medical missions. In 1998 he founded Lighthouse Medical Missions and has led 25 medical mission teams to Africa and Central America.

Dr. Hamilton and his wife Leslie are the proud parents of six children and seven grandchildren. For leisure, Dr. Hamilton enjoys biking, reading, and political involvement. He also has an eclectic taste for all kinds of music and enjoys working on the board of the Santa Monica Symphony with his daughter Sarah.

Dr. Hamilton offers new parent interviews on Wednesdays at 5:15pm and every other Tuesday at 5:15pm

Leian Chen, M.D., F.A.A.P., grew up in Plano, Texas, but has called Los Angeles home since 2004.  She attended college at Harvard where she studied History of Science, and then went cross country to UCLA for medical school where she stayed for her pediatric residency and served an additional year as Chief Resident. She has been with Pacific Ocean Pediatrics since 2012, and has staff privileges at Providence-St. John's Health Center and UCLA-Santa Monica Medical Center.

She lives in Redondo Beach with her husband, Ed, their adorable young boys, Brandon and Ryan, and their "puggle" (half-pug, half-beagle), Piglet.

Noël H. Salyer, M.D., F.A.A.P., was raised in Santa Monica, California, and is the first of four daughters born to Leslie and Robert Hamilton. She graduated with a Bachelor's degree in Psychobiology from University of California, Los Angeles and then completed her medical degree at University of California, Davis. She did her internship and pediatric residency at Lucile Packard Children's Hospital at Stanford University. After eight years in Northern California, she moved back to Santa Monica and in 2010 joined us here at the pediatric practice her father founded in 1996. Dr. Salyer and Dr. Bob are our dynamic daughter-dad, doctor duo. Dr. Salyer holds staff privileges at Providence-St. John's Health Center and UCLA-Santa Monica Medical Center.

She lives in Culver City with her husband, Kyle, and their three young children.

Lily M. Marouf, M.D., F.A.A.P., grew up in Los Angeles, California. She received her bachelor’s degree in Psychology and Biology at the University of California, San Diego and then completed her medical degree at Sackler School of Medicine in Tel Aviv, Israel. She then completed her pediatric residency training at Cohen Children’s Medical Center in New York. Prior to joining Pacific Ocean Pediatrics, she worked as an inpatient pediatric hospitalist and Clinical Instructor at Cedars-Sinai Medical Center and served as an Assistant Professor at David Gefen School of Medicine at UCLA, training pediatric residents rotating through Cedars-Sinai Medical Center.  Dr. Marouf holds staff privileges at Providence-St. John's Health Center and UCLA-Santa Monica Medical Center.

She lives in Brentwood with her husband, Yoav, and her two children.

Ramona Davoudpour, M.D., F.A.A.P., grew up in Los Angeles, CA. She graduated from the University of Southern California with a bachelor’s degree in biological sciences. She then received her medical degree from University of California, Los Angeles, where she also completed her pediatric residency. She has been a covering doctor at Pacific Ocean Pediatrics since 2015 and is now a regular doctor on our staff and we are thrilled to have her!

She lives in Beverlywood with her husband and two young children.

Dr. Ramona's days in office: Fridays and other days as needed

Tammy E. Yuen, M.D. grew up in Toronto, Canada. She attended Cornell University as a Presidential Research Scholar in computational neurobiology. After completing her medical degree at Case Western Reserve University in Cleveland, she flew to Los Angeles for a pediatric residency at Harbor-UCLA. Further specializing with a pediatric neurology fellowship at UCLA, Dr. Yuen is Board Certified in Neurology with Special Qualification in Child Neurology. She studies the whole spectrum of pediatric neurology from tics, developmental delay, autism, epilepsy, migraines to sleep disorders, ADHD and movement disorders. She believes in working with families to personalize their care and help her patients reach their full potential. Tammy lives in Westwood with her husband, two children and her cat, Whiskey.

Congratulations - you are about to be parents!  This is a very special time for you and your family and choosing the right pediatrician for your child is an important decision. If you would like to interview one of our physicians, please call (310) 264-2100 or email office@pacificoceanpediatrics.com to schedule an appointment. Click HERE for doctor bios.

We encourage you to schedule these appointments early!

Please note we have hospital privileges at Santa Monica-UCLA and Providence St. John's.

Check out our MEDICAL TOPICS for hospital, newborn, and delivery information.

There are many services that we perform in the workday that we do not individually bill for. Instead, as opposed to some practices that do charge for these services separately, we have opted to charge an annual comprehensive fee that covers these items.

Our Administration Fee allows us the liberty to provide the kind of care that our patients have come to appreciate without individually charging for the services we (happily) provide.

The annual administration fee is a non-contractual fee that your insurance company will not cover.

Before your first visit, you can download and complete the following forms to save time at your first appointment (must be completed for all new patient visits). Please do not email completed form as it contains sensitive information.

We are conveniently located across the street from St. John's Hospital and Health Center on Santa Monica Boulevard in the heart of Santa Monica. Paid parking ($2.50 per 15 minutes or $15 max) is available in the lot directly behind our building. Metered street parking is also available in the neighborhood south of our office. For overflow parking St. John’s allows public parking in Lot H on 21st Street just south of Santa Monica Blvd. ($5 for the first 30 minutes, $2 per 15 minutes thereafter, $16 max).

*We are only contracted with certain BlueCross plans, Prudent Buyer and Advantage plans only. We are not contracted with Anthem Tiered or Pathway plans. Go to ANTHEM website to check eligibility using your ID #.

**We are not contracted with United Health Care CORE plan.

Our office is not contracted with any HMO health plans. We do not accept MediCal. We do, however, accept Covered California from Blue Shield.

A credit card must be kept on file for your family, however your card on file will only be charged if your account is delinquent more than 30 days.

For all insurance or billing questions, please contact Lisa Kessenich at lisa@pacificoceanpediatrics.com or (310)-755-8848

We do not recommend going to Providence St. John's ER as it does not have a pediatric unit.

Check out our MEDICAL TOPICS for more information.

Would you like to schedule a prenatal visit, inquire about joining our practice, or request medical records? Drop us a line, and we'll get back to you right away!